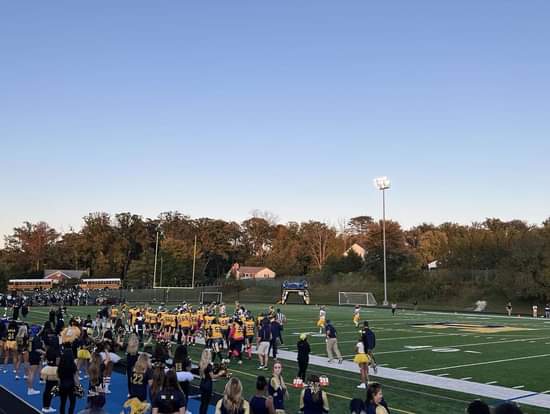 Dundalk, Eastern Tech, Sparrow Point and Perry Hall continue to win. Kenwood and Parkville bounce back with wins. Mount Carmel are Patapsco starting to struggle after good starts and Chesapeake and Overlea continue to lose.

Perry Hall 41 Catonsville 14
Perry Hall have had a streaky. They won their first two games 88 to 0. Then lost three straight and are currently on a two game winning streak. Gators close out season at Parkville this week and Chesapeake at home.

Kenwood 6Overlea0
The Bluebirds also have won two in a row. Kenwood is now 3-4 on the year.

Eastern Tech 28 Lansdowne 6
Eastern Tech is now 5-2 after starting off 0-2. They host 5-2 Patapsco this Friday.

Dundalk 7 Franklin 0
The Owls defense hold on for a 7 to 0 win over Franklin. Dundalk improves to 6-1.

Western Tech 18
Patapsco 14
Patapsco started off 5-0 but now has lost two straight. They play at 5-2 Eastern Tech on Saturday but the Mavericks are heading in opposite direction as they won five straight.

Sparrows Point 32 at Chesapeake 20
Sparrows Point is a quiet 5-2 and has a chance to finish 7-2 with winnable games against Lansdowne and Overlea in the final week.

Parkville 8 Towson 6
The Kights picked up second win on the season. They host Perry Hall on Saturday.

Curley 35 Mount Carmel 6
The Cougars have lost two straight at they are playing tougher part of schedule. It wont get any easier against Boys Latin this weekend. 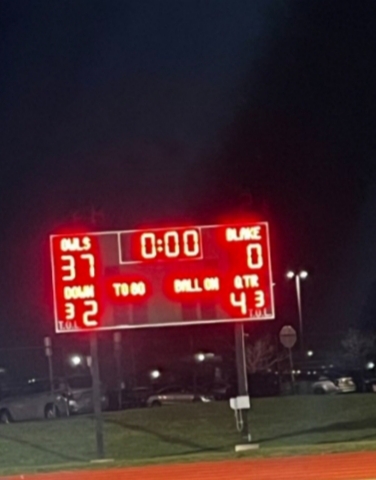