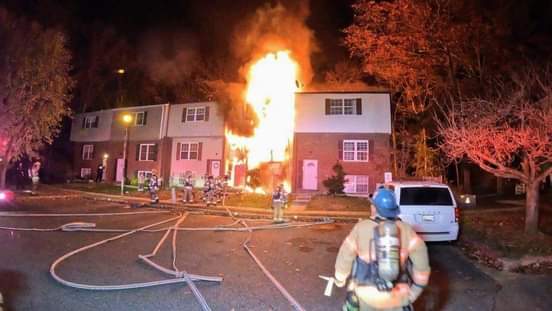 It was a busy night for fire crews in Eastern Baltimore County and that continued into the morning as a fire was reported in Perry Hall.

This house fire was reported with people trapped on Wolf Trap Court.

The White Marsh Volunteer Fire Company reported that units from the area responded to find a townhome on fire on Sunday around 3:44 a.m.

A second alarm was dispatched as the fire spread to two adjoining homes.

Crews were battling this fire around three hours.

There also reported fires in Parkville and Dundalk on Saturday evening.