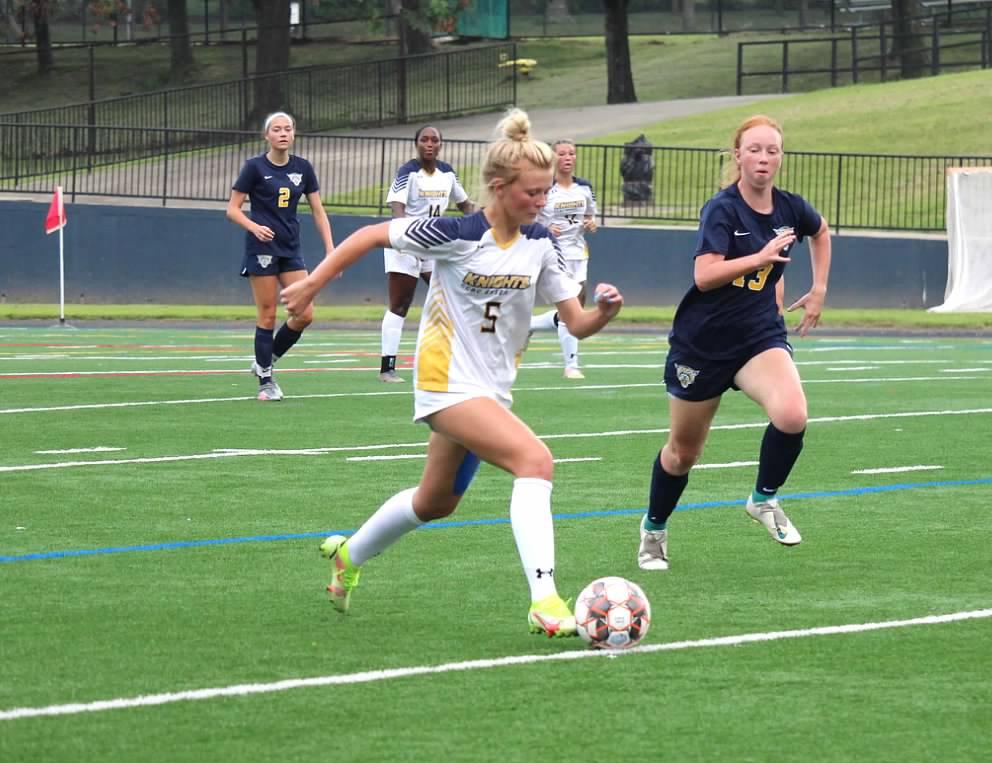 CCBC Essex Knights women’s soccer team headed south to Knoxville, Tenn. for their first games of the 2022 season. Heading into this two ranked matchups this weekend, Coach Steve King is just looking for a solid foundation to build upon for the rest of the season.

“I don’t really focus on playing numbers five and six in the country. Instead I want to focus on us building chemistry. I want us to come out and play within the system, work on what we’ve been focused on, and if the results are there that’s fantastic, but no team has ever won the national championship in August.”

In the first of two contests, the #20 Knights faced off against the #5 Holmes Community College Dogs. Holmes came out of the gate strong with their first shot of the game by sophomore Callie McKinney, finding the back of the net. With the Knights trailing the Dogs early 1-0, the Knights started building some momentum, getting some of their own shots on goal.

In the 44th minute, sophomore Kylie Staubitz received a yellow card for a tackle inside the box, granting the Dogs one last opportunity before the end of the half. Freshman Brianna Lopez stepped to the spot to take the kick and increased the Dogs lead to 2-0 heading into the break.

It was clear from the second half whistle that the Knights came out strong. Defensively, the Knights made some adjustments, allowing the Dogs to take about half the shots they did in the first half.

The Knights also started connecting offensively, getting more scoring opportunities than they did in the first half. In the 79th minute, the Knights had a free kick near midfield.

Sophomore Abby Meadows took the kick, connecting on the other end with Staubitz, who put the Knights on the board and tallied the first goal of the season.

Throughout the entire game, the defensive made some solid stands. Meadows, as well as sophomore Dani Lassahn and freshman Cara Halpin made numerous tackles and blocks, stifling the Dogs offense from gaining traction.

Freshman goalkeeper Reagan Cantner had a strong first outing between the post, almost tallying double-digit saves. She recorded nine saves on eleven shots on goal, keeping the Knights in the game the whole time.

The Knights momentum continued to build as the game progressed, but the Knights were unable to find the equalizer before the final whistle.

After the game, King said, “Coming into the weekend we knew it would be a great experience win, lose, or draw. We knew we would be facing two teams competing for a national tournament. Going down 2-0 into half, we made some adjustments, showed grit and bought into the system. We were right there with them and at the end of the day we proved to ourselves that we have the ability and talent to compete for a national championship when we play the way we know and should.”

Meadows also reflected on the game say, “The overall performance of the defense was exceptional. We fought hard for a straight 90 minutes against a good team. They had plenty of scoring opportunities but we stayed strong and kept our composure. This gives us confidence moving forward knowing that we are able to compete with some of the top teams in the country.”

Reflecting on the performance and looking forward, King also said, “Hopefully the team gains confidence and sees they are able to compete with one of the better teams in the country. We have things to work on and clean up. For game one I’m very happy with where we are at. Tomorrow I just want to see us come out from the opening whistle and not be shocked that we are hanging.”

The Knights have another game in Knoxville, Tenn. on Saturday, August 27 against #6 Jones College. Kickoff is scheduled for 7:30 PM. 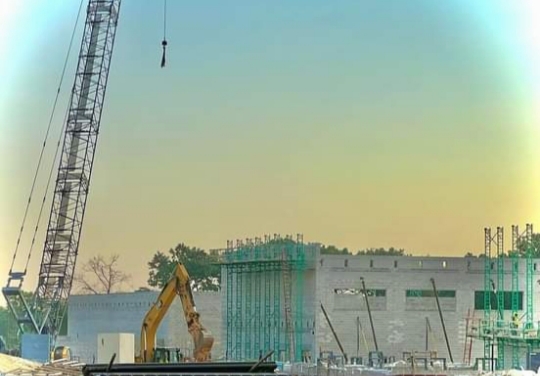 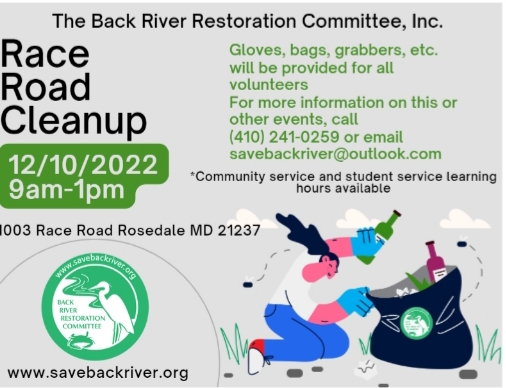 Join Back River Restoration Committee in cleaning up Race Road in Rosedale on Saturday, December 10 starting at 9 a.…