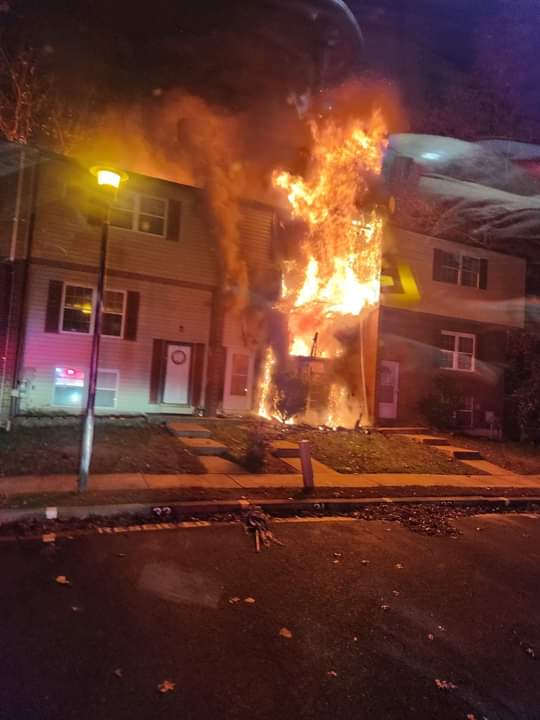 A woman died Sunday in an intense, two-alarm townhouse fire in the Perry Hall area.

Crews were dispatched at 3:44 a.m. to the unit block of Wolf Trap Court for a report of a dwelling fire involving a middle-of-group townhome.

The first-arriving engine found the townhome fully involved with fire. Minutes after the initial dispatch, crews received a report that a woman possibly trapped in the home and the assignment was upgraded to a rescue.

Identity of the victim, whose suffered severe thermal injuries, is pending by the Office of the Chief Medical Examiner.

Baltimore County Police fire investigators have confirmed that the fire started on the deck at the rear of the townhome. The specific cause of the fire is undetermined at this time.

After arrival, firefighters immediately began a search of the burning townhome but were not able to complete it because the structural condition deteriorated quickly, causing collapses and posing a severe safety risk. Firefighters also quickly accounted for residents of the adjacent townhomes.

Commanders called for a second alarm of equipment at 3:53 a.m. Due to extensive damage and the missing occupant, BCoFD’s Urban Search and Rescue/Advance Tactical Rescue Team was dispatched to shore up the interior of the home so investigators could enter and safely do their work.

After the building was stabilized, firefighters and investigators located the victim, deceased, on the first floor in a front room.